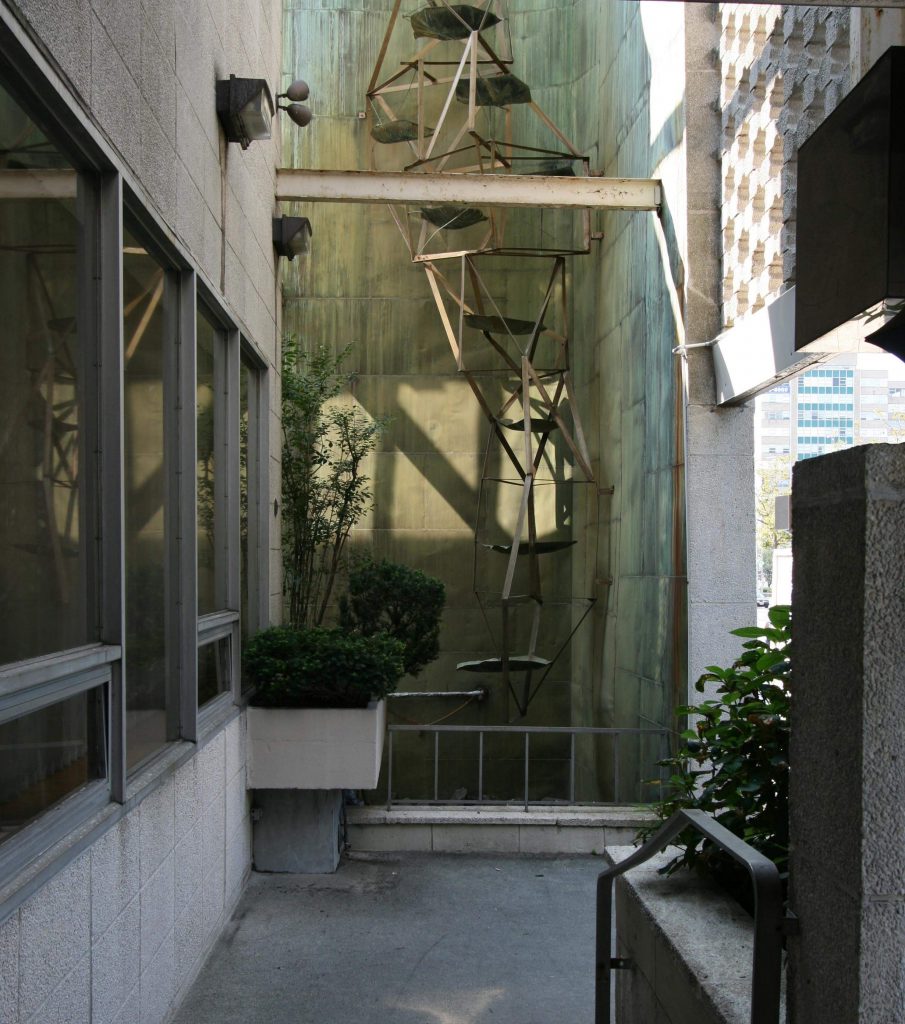 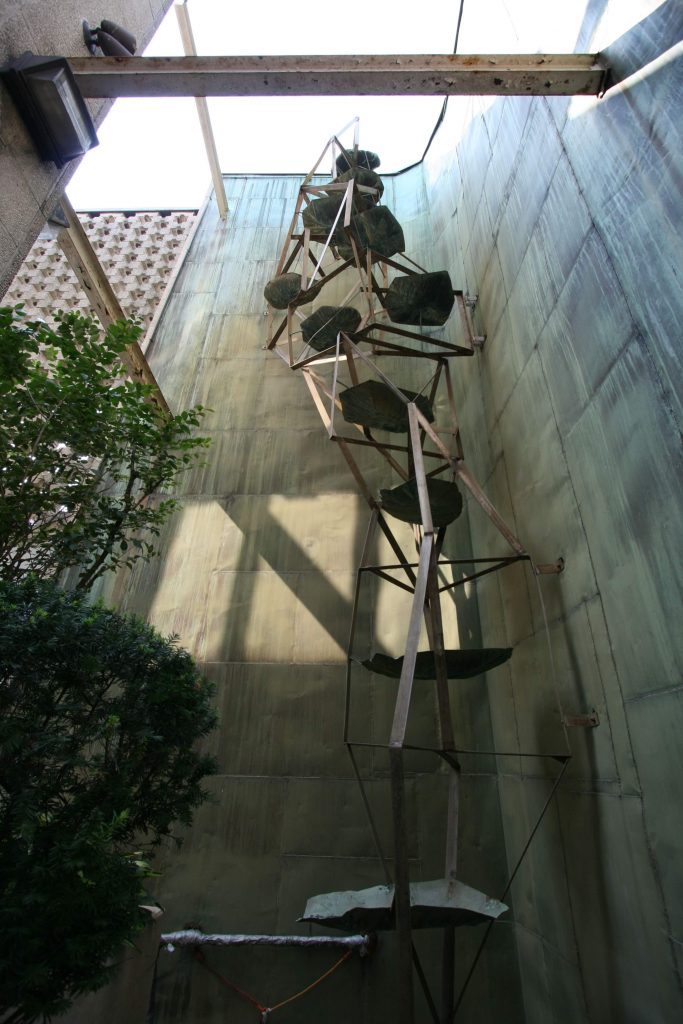 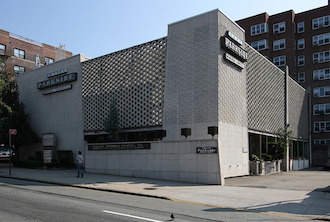 In Summer 2020, we reported on efforts to save Parkside Memorial Chapel in Queens, NY. Located at 98-60 Queens Boulevard and completed in 1961, the building’s most recognizable feature is the star-patterned concrete screens covering large areas of the façade—an inspiration from ”the Sinai desert of Moses, the Israelites, and the Ten Commandments,” as a 1964 ad in the New York Times reads. In addition to the very Modern façade detailing and building massing, the Chapel incorporates an exterior passage between the screen and its primary façade. At one end of the passage an abstract water sculpture in bronze rises the full height of the building. With this fine example of Queens Modern under demolition, efforts have turned to saving this sculpture through relocation.

The architects were Henry Sandig, who emigrated from Vienna and worked at several firms including Emery Roth & Sons, and Robert Kasindorf, an architect most known for the design of a metal hoop chair from 1953. For the site-specific sculpture, the architects worked with Arnold Stone, an artist well respected in the Long Island arts scene during the 1960s who worked in cast and welded metals. Stone was a resident of Sea Cliff, LI, and exhibited in annual art exhibitions and in several galleries before an early death at age 49. His obituary notes that he was known for his “bitterly witty anti-war sculptures.”

The sculpture is approximately 25 feet in height. When plumbed as designed, water cascades through a series of leaf-like bronze bowls. The armature suspending the leaf forms provides anchorage points, currently for a corner installation. Time is running out for finding a new site for the work. Parkside’s owners plan to redevelop the site for a new use and demolition has started. Mark Yassky, representing the owners, reports that the sculpture was carefully removed from the building and is being stored on the property. It is available free of charge, ideally donated to a non-profit organization.

Rego-Forest Preservation Council, an advocacy organization for the Rego Park and Forest Hills neighborhoods of Queens, led preservation efforts for Parkside Memorial Chapel, including raising alarms when the long-term owners sold, researching the building and submitting a Request for Evaluation (RFE) to the Landmarks Preservation Commission. The request for a designation hearing was supported by DOCOMOMO US/New York Tri-State, Historic Districts Council and others who not only recognized the dearth of landmark designations in Queens, but also the value of Parkside Chapel as an important example of the borough’s midcentury Modern commercial vernacular architecture. Unfortunately the Commission did not agree, noting in its letter declining to consider the building for designation that it lacked the “level of architectural distinction or inventiveness necessary for consideration as a potential individual landmark.”

Anyone interested in securing the sculptural fountain for future installation should contact Michael Perlman of the Rego-Forest Preservation Council (mperlman@queensleger.com).